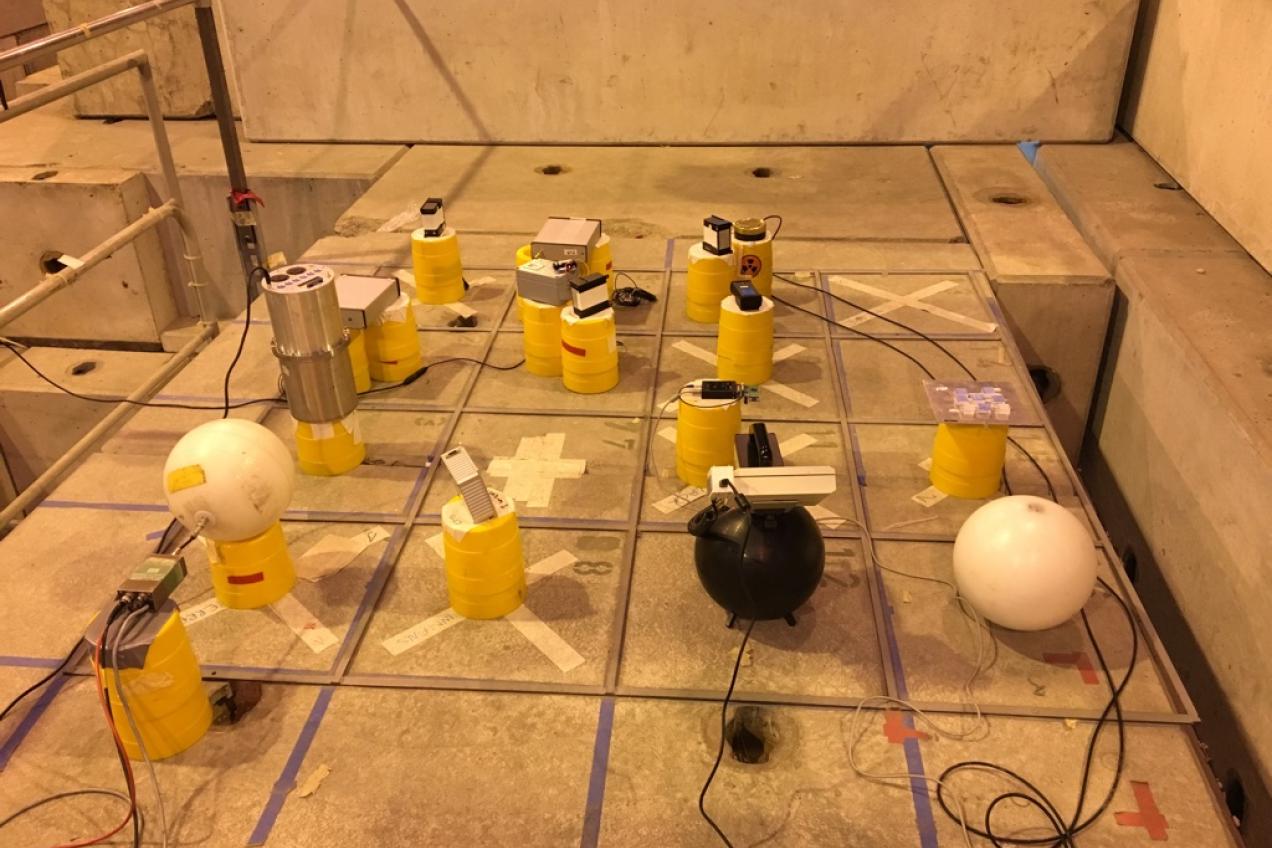 EURADOS is delighted to announce its series of Webinars with the aim of a better and wider dissemination of the scientific results of the EURADOS working groups. We plan to continue doing this on a regular basis, approximately once per month, even when the world is again pandemic-free and skies are again filled with airplanes bringing scientists to conferences all over the world.

So, we are very happy and proud to present the second of our EURADOS webinars on January 19, 2021 at 4pm. The webinar will be presented by Working Group 11: High energy radiation fields, and will be organized in three short talks.

Neutron calibrations and tests often need to be performed at energies and in spectral distributions very different from those generated by radioactive sources. These three short talks will describe two workplace radiation facilities available at CERN high-energy accelerators.

The CERN Shielding Benchmark Facility (CSBF) is situated laterally above the target station of the CERN High Energy Accelerator Mixed Field (CHARM) in the CERN East Experimental Area. It allows deep shielding penetration benchmark studies of various shielding configurations and materials for the secondary radiation created by the impact of the slowly extracted CERN Proton Synchrotron beam onto one out of a set of dedicated targets. The CSBF consists of 40 cm of initial cast iron shielding, a 200 cm long removable concrete block with 4 slots for activation samples, a material test location that is used for measurements at different thicknesses of various shielding materials as well as a platform for active and passive measurements in deep shielding penetration fields. The capabilities of the CSBF and the already performed benchmark and characterization studies are presented together with future exploitation schemes.