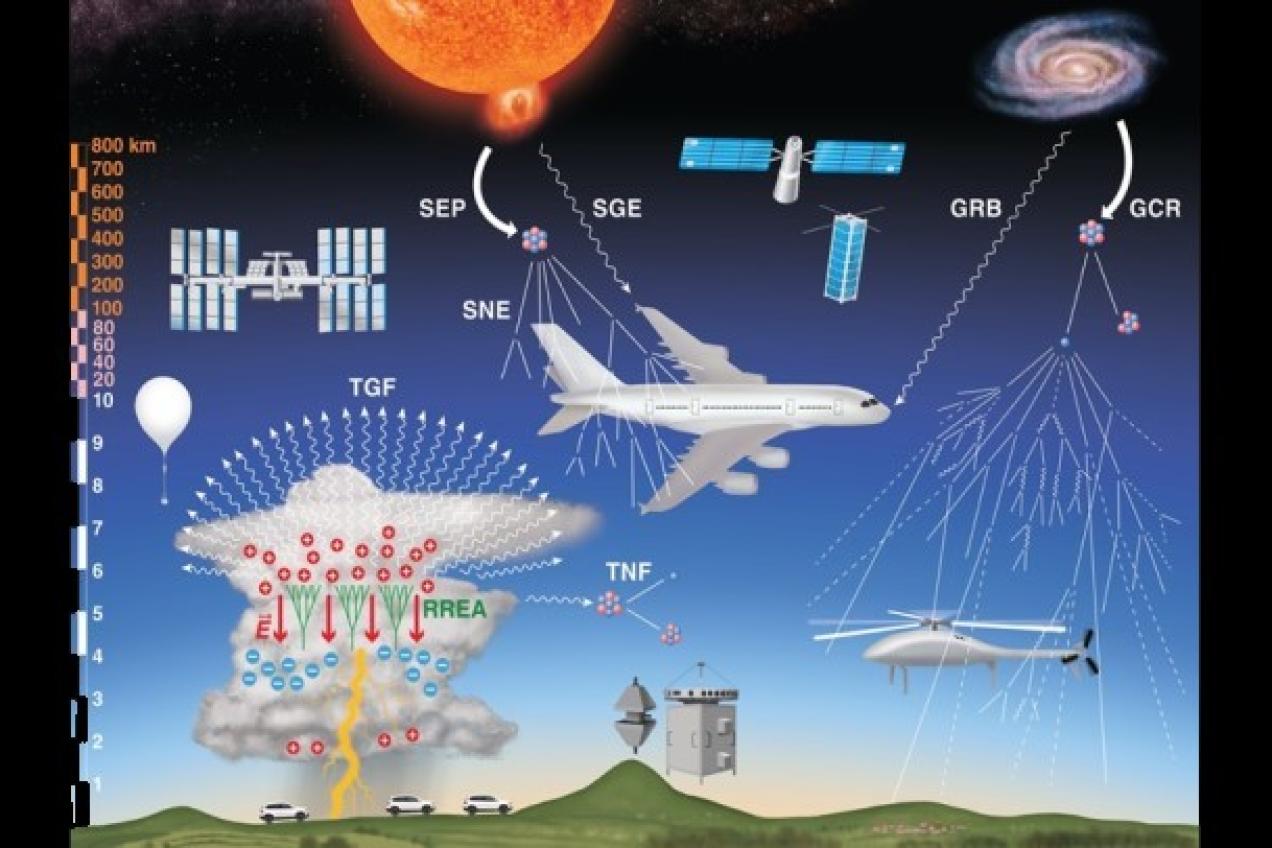 EURADOS has been strongly involved in the dosimetry of aircraft and spacecraft crews since many years ago. In recent years, the dosimetry of thunderstorm radiation has also become a hot topic. As a support of these activities of WG11 (High Energy Radiation Fields), the Research Center of Cosmic Rays and Radiation Events in the Atmosphere (CRREAT) has received funding from EU funds in Czechia. There are two complementary objectives of the project: (1) To deepen the knowledge about the relation between atmospheric phenomena and ionizing radiation and (2) To clarify phenomena causing variations of the secondary cosmic particles  in the atmosphere. The CRREAT project contributes to improvement of space weather models, air transport safety, and global navigation systems reliability.

The webinar will summarize results and methods used by the CRREAT team that performs measurements of the atmospheric radiation and ionization events on satellites, aircraft, stratospheric balloons, unmanned aerial vehicles, monitoring cars, and ground stations.