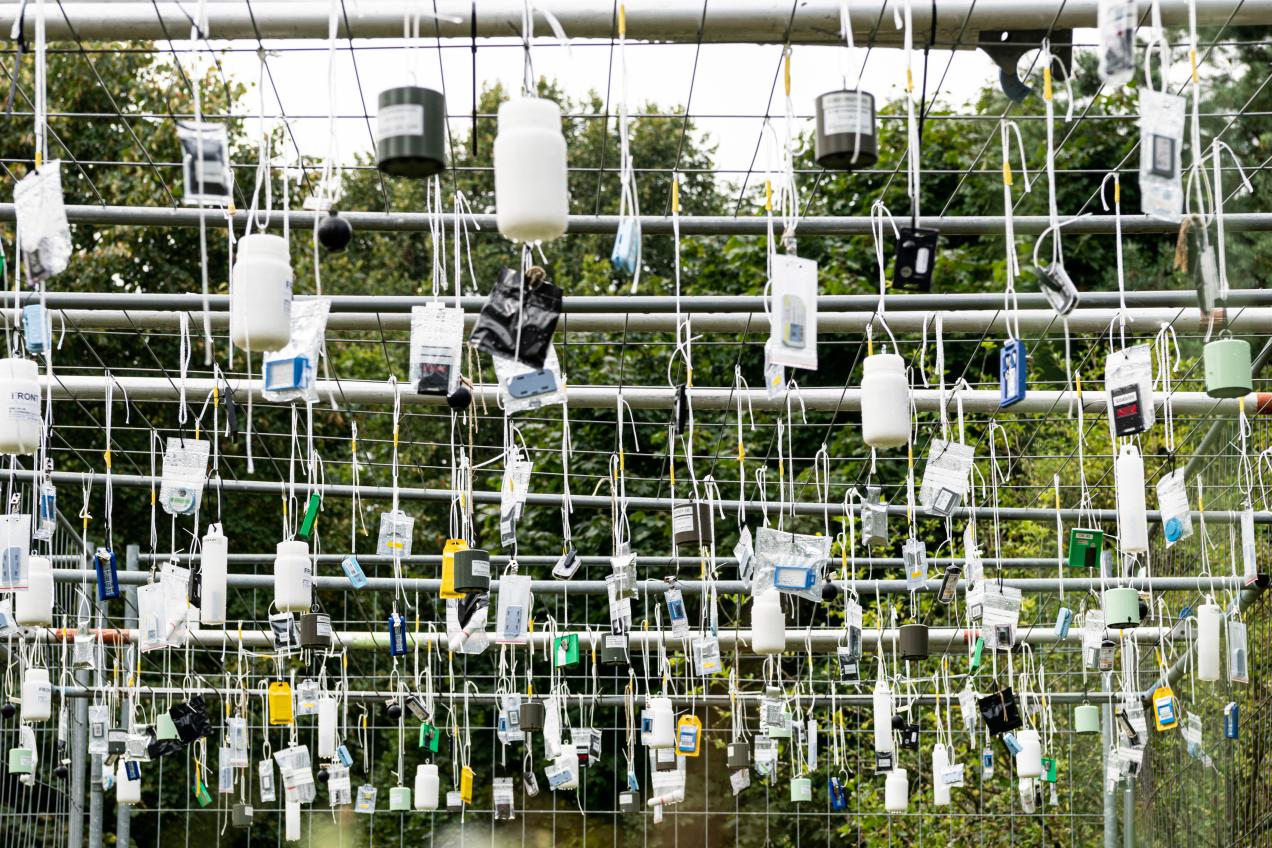 The EURADOS intercomparison IC2021area was carried out between May 2021 and April 2022 for 66 participating passive H*(10) area dosimetry systems from 47 different institutes and monitoring services. Three measurement conditions were provided at locations of the Karlsruhe Institute of Technology: 3-months indoor, 3-months outdoor and 6-months outdoor. The challenge of this intercomparison was measuring additionally irradiated low dose radiation. Six dosemeters of each participating system were irradiated with Cs-137 gamma reference radiation: Three dosemeters with 150 μSv and three dosemeters with 300 μSv. Another six dosemeters of each participating system were not irradiated and were used for background dose subtraction. Typical values of the measured background dose were between 200 μSv and 450 μSv with a few significantly higher values up to 1.6 mSv. Despite the challenge of the low reference dose values, more than 90 % of the resulting response values of the irradiated dosemeters were within the recommended ISO 14146 trumpet curve response limits. The webinar gives a short overview on the intercomparison, including lessons learnt by the organizers and the experience made by one of the participants.”

The webinar is organised by EURADOS Working Group 3 "Environmental Dosimetry"

Dr. A. Vargas has a nuclear engineer PhD from the Technical University Catalonia (UPC) (https://futur.upc.edu/1002374). He joined the Institute of energy technologies (INTE) of the UPC in 1992 working in the research of radionuclide metrology and instrument development. Currently, he is the responsible of the environmental radioactivity subgroup included in the research group “Dosimetry and Medical Radiation Physics”. Dr. A. Vargas has actively working during the last years in the “Environmental dosimetry” working group 3 of the European Radiation Dosimetry Group (EURADOS, http://www.eurados.org/). From February 2015, he has been elected as the Chairperson of WG3.
At the beginning of research career Dr. Arturo Vargas studied the radiological risk occurred as a result of inhaling the radon progeny. At this stage, he designed and set up equipment for the measurement of radon gas and the characterization of radioactive aerosol particles arising from its disintegration. Furthermore, he designed and set up the radon chamber at the UPC. During this stage he was involved in 2 European and 1 Spanish research projects. In 2000 started studies of outdoor radon used as a tracer, where he was involved in 4 Spanish research projects. He designed and set up a monitor (ARMON) for very low air radon concentrations measurements. In this topic, currently he is involved in the European Project “Radon metrology for use in climate change observation and radiation protection at the environmental level - traceRadon (http://traceradon-empir.eu/).
From 2010, Dr. Arturo Vargas has focused the research of novel gamma spectrometry monitors to be used in early warning systems, both fix and mobile stations. The research is focused in the characterization of such monitors by means of Monte Carlo simulations, experimental measurements in reference laboratories and long series in the radiological early warning stations. These studies are being carried out in the framework of WG3 of EURADOS and started in the European project “Metrology for radiological early warning networks in Europe” (MetroERM http://earlywarning-emrp.eu/). In addition, Dr Vargas has carried out research in the use of unmanned aerial systems (UAS) for radiological emergency scenarios and has been involved in the European project “Metrology for mobile detection ionising radiation following a nuclear or radiological incident – preparedness”. Currently, he is working in the European project “Remote and real-time optical detection of alpha-emitting radionuclides in the environment – remoteAlpha“
During the research period, Dr Arturo Vargas published more than 50 publications in peer review journals, participated in seven national projects funded by the Spanish Ministry and six European projects.

Julia Aslan
Head of the dosimetry laboratory at the division for safety and environment (SUM) of the Karlsruhe Institute of Technology (KIT), Germany

B.Sc. for radiation protection, Julia is responsible for the Dosimetry laboratory of the KIT in Karlsruhe, Germany since 2013. The Laboratory with focus on passive area and partial body dosimetry is accredited according ISO/IEC 17025 since 2017.She is member of EURADOS WG3 since 2015 and contributed to several EURADOS Intercomparisons like IC2017calm, IC2018calm.

PhD in Physics, Rafael is currently responsible of the CIEMAT external personal dosimetry laboratory, authorized by the Spanish Nuclear Safety Council since 1992. He is also responsible of the CIEMAT environmental and area dosimetry laboratory, both accredited according ISO/IEC 17025 since 2012. He is a member of the EURADOS WG3 since 2013. He contributes to several funded projects and has research interests in the development and characterization of new materials and systems for radiation dosimetry applications.