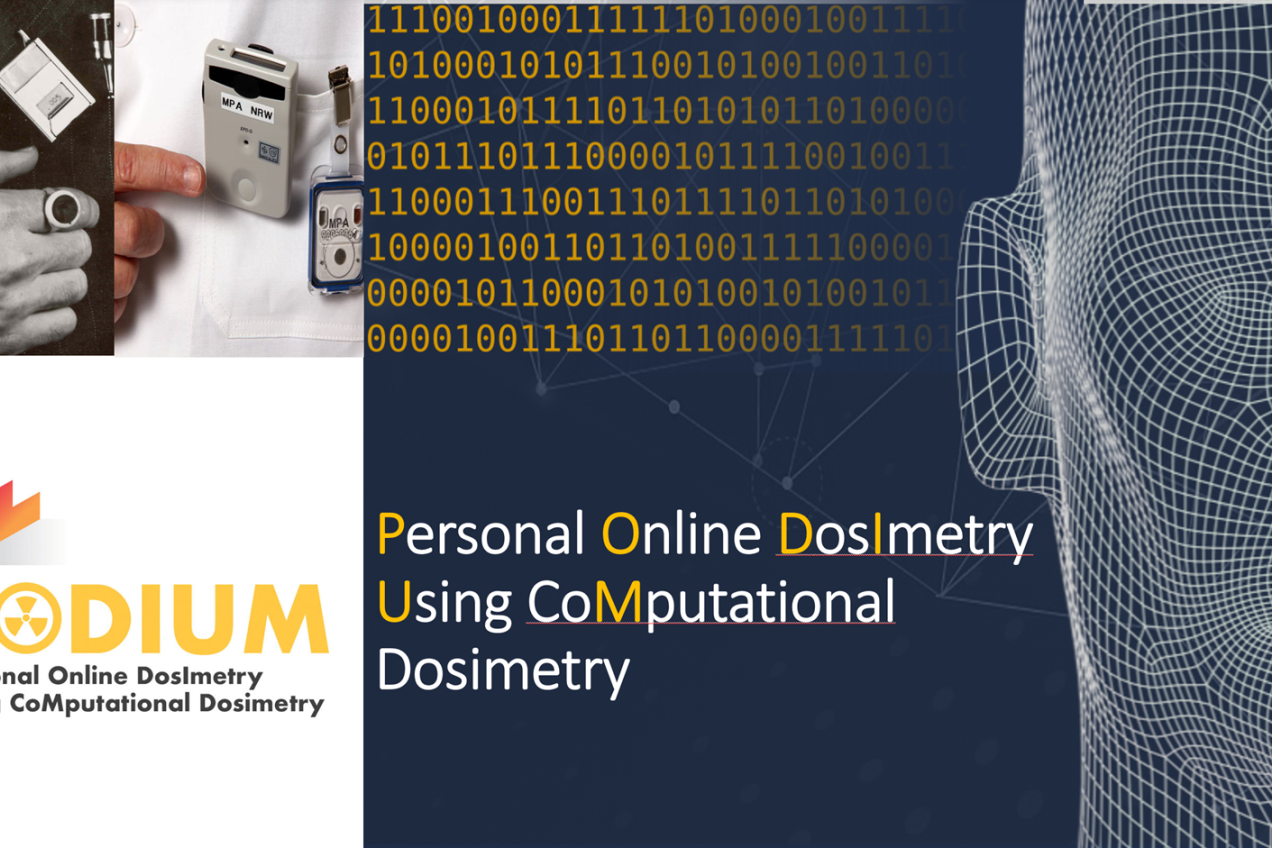 Individual monitoring of workers exposed to external ionizing radiation is essential to allow application of the ALARA principle and follow up of the official dose limits. However, large uncertainties still exist in personal dosimetry. Also, many practical problems exist for personal dosimetry, with many dosemeters getting lost and the reluctance of many workers to wear one or more dosemeters.

In an attempt of reinventing dosimetry by using the modern evolutions in simulations, artificial intelligence and computer vision, the PODIUM project was set up. PODIUM was a short feasibility project, funded by the EC CONCERT programme.

The objective of the PODIUM project was to improve personal dosimetry by an innovative approach: the development of an online dosimetry application based on computer simulations without the use of physical dosemeters. Operational quantities, protection quantities and radiosensitive organ doses (e.g. eye lens, brain, heart, extremities) can be calculated based on the use of modern technology such as personal tracking devices, flexible individualized phantoms and scanning of geometry set-up. When combined with fast simulation codes, the aim was to perform personal dosimetry in real-time.

We applied and validated the methodology for two situations where improvements in dosimetry are urgently needed: neutron workplaces and interventional radiology. Several validation and test measurements were done in different hospitals, and in 2 workplace fields with significant neutron exposure. Personal doses could be calculated within acceptable simulation times, just based on captured movements of the workers and information of the radiation fields. These doses agreed with the results from physical dosemeters within the standard uncertainties that are accepted in personal dosimetry.

This PODIUM dosimetry method can also be used to visualize the radiation in near real time. This will increase awareness of radiation protection among workers and will improve the application of the ALARA principle, and it can also be used in training modules. The use of neural networks and big data will help in further reducing simulation time, making real time simulations and dosimetry without physical dosemeters possible in the near future.